IMPORTANT: Do not use an impact wrench to tighten the bedknife screws 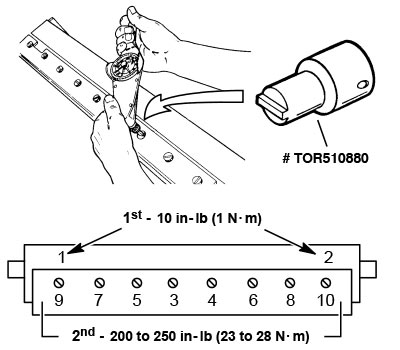 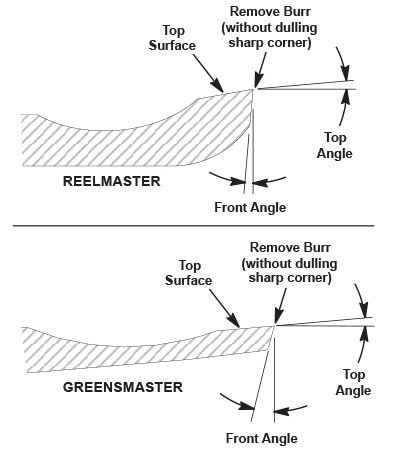 Since there can be variations in the mounting surface of the bedbar, it is necessary to grind the bedknife after installing it to the bedbar. Follow the bedknife grinding specifications provided. Bedknives Reference Chart (See Fig. 3)

When grinding the bedknife, remove only enough material to make sure the top surface of the bedknife is true. Be careful not to overheat the bedknife. Remove small amounts of material with each pass of the grinder. Also, clean and dress grinding stone often during the grinding process.

NOTE: EdgeMax® bedknives are extremely hard. Using a diamond grinding wheel is recommended to prevent overheating or damaging the bedknife edge while grinding. 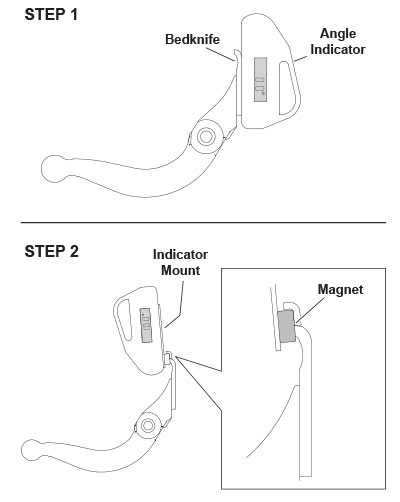 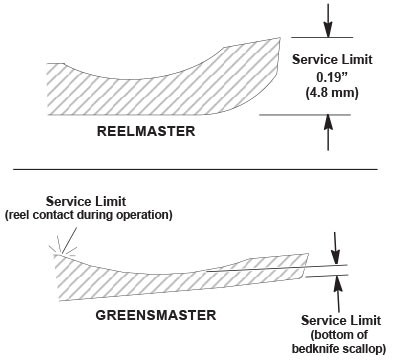 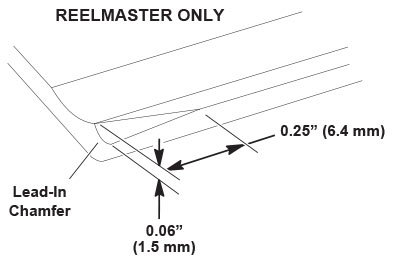 A lead-in chamfer is ground into all new Reelmaster bedknives. The original chamfer should last for the first 40% of the bedknife service life. Check and re-grind the lead-in chamfer as necessary. (See Fig. 6)

Before Grinding the Reel 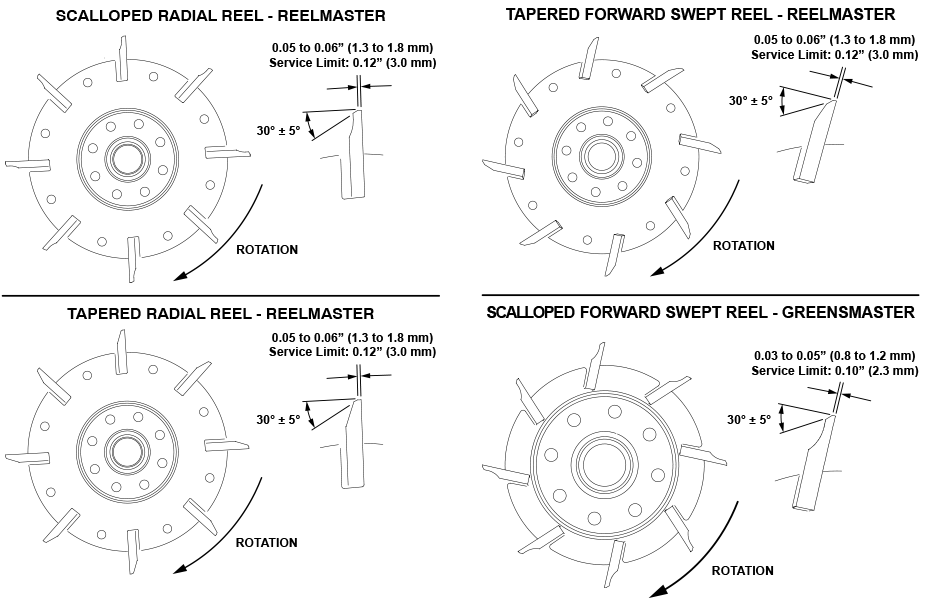 Identify the type of reel to ensure that grinding is done correctly. There are four (4) different types of reels used on Toro products. The reels are defined by the type of blade relief (Scalloped or Tapered) and the placement of the blades (Radial or Forward Swept)(See Fig. 7)

While Grinding the Reel

IMPORTANT: Do not overheat the cutting reel blades while grinding. Remove small amounts of material with each pass of the grinder.

Spin grind the reel to restore its cylindrical shape and to establish the specified blade land width after relief grinding.

After Grinding the Reel